Quitting is actually one of the easier options…and there’s no question we’ve all been on the verge at times. Maybe it’s at school, maybe it’s in our sport, maybe it’s the work we do every day. . . The struggle is a real one, and it can consume every aspect of our being.

But if we push through – insurmountable that may seem at times – often we find a miracle at the end of the tunnel. . . Not only a light, but a full-on, now-I-know-why-I-had-to-experience-that miracle.

Magic is as much a part of life as breathing air is to all living things – it is within our grasp, and within our own power to manifest it.

Don’t lose hope, even on the darkest day, because…much as the sun rises each day…a miracle is ready to unfold. . . 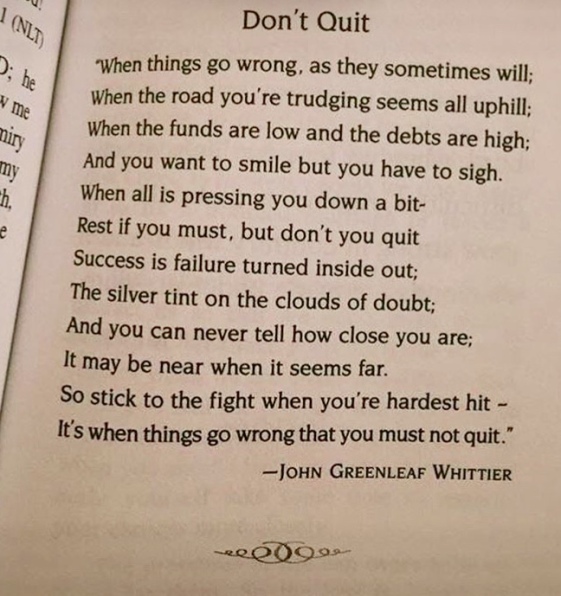 Some days, we just need a little extra self-love and rest. As an active person, sitting around makes me nuts (and ugly!) but if I don’t listen to my body, things will get worse...fast. 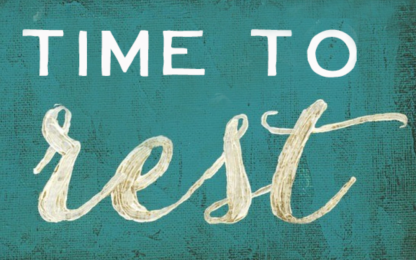 We all need to tune in to what our bodies are saying, and to give ourselves the rest we might need from time to time. As I’ve gotten older, I’ve needed more of it…and that’s okay!

It’s important not to beat ourselves up for wanting or needing the respite – as a dear friend once said to me “once I’ve made the choice to rest on a given day, I embrace it and let go of the guilt.” It’s easy to feel like we are doing something wrong but as she – and ancient wisdom (or Gandalf if you’re a Tolkien fan!) points out – we only have the time given to us. To accept and appreciate our decision means we are free to enjoy the present, allowing our body and mind to get what it so richly deserves.

Even in utter darkness…should an hour so shrouded in Stygian shade come to pass…there is hope.

One need only – as the illustrious poet once said – a tiny spark. For the smallest flicker is all one needs to unleash his mighty flame. . .

In Martial Arts we say we hope we never have to use what we learn – the idea isn’t about trying to prove something, nor to assert any kind of feigned dominance.

Along those lines, we are taught that ideas like “revenge” and “anger” serve only as injurious deviations from our true paths.  The Universe finds a way to right things without the heavier, shall we say, karmic repercussions of going down that road.

To seek revenge or harbor ill will is, as Buddha says, holding the proverbial hot coals and assuming both that they will burn another…and also that we are impervious.

The truth is the reverse – to seek such things is to diminish our own self-worth. It is a disservice to ourselves as willfully negative actions and thoughts hinder the flow of “good” that has the potential to continually manifest in our lives.  It is far wiser to let go of resentment, and to be as the Martial Artist aspires to be – free of the burdens that come with animosity and bad blood.

It isn’t always an easy pursuit, but it is a noble one and worth the aspiration. Neither human being nor circumstance has the right to turn us from the higher road.

There are a thousand reasons why this idea should be prized. . .

Words have power and sometimes it is better to remain silent, lest ignorance, impatience, anger, or inability to understand cause more harm than good.

Sounds easy. . .but. . .it isn’t.  It’s a life-long pursuit to manage the gift of language we’ve been given.  Sometimes nothing feels better than sharing, commenting, responding, speaking. . . But a lot of times silence is a wiser, if not kinder, response.

While I am a long way from mastering the skill, it’s a good reminder that there’s a time and a place to use the gift of speech. Before engaging, thinking is often a great idea.

Most of the time it’s hard to tell whether the “celebrity” in question actually uttered the words in the quotation attributed to them. . .but I don’t put it past Abe to have said something so concise, and so wise.

It doesn’t matter what it is you do – whether you work, you don’t work, you help others, you’re studying in school, or taking out the trash. . .you should ALWAYS do that thing to the best of your ability.

Taking it a step further, I also believe a person should do it to the best of his or her ability no matter whether others can see them doing it – because in the scheme of things, the Universe doesn’t really care if you have an audience beyond yourself, and it.