A lofty goal, indeed, but one the empathetic INFJ in me has always endeavored to attain for those in the deepest recesses of my heart. . .

Once upon a time, in the wee stages of life, the darkness felt too vast and terrifying to bear – my heart would shudder at the thought and I needed some external source to light the way.

And yet, as I grew older, I began to realize there was nothing within the inky blackness that had the power to hold sway over me.  For indeed there was a light inside of me that shone brighter than the sun and moon…and it is a light that does not extinguish, no matter what night…neither life…has to say. 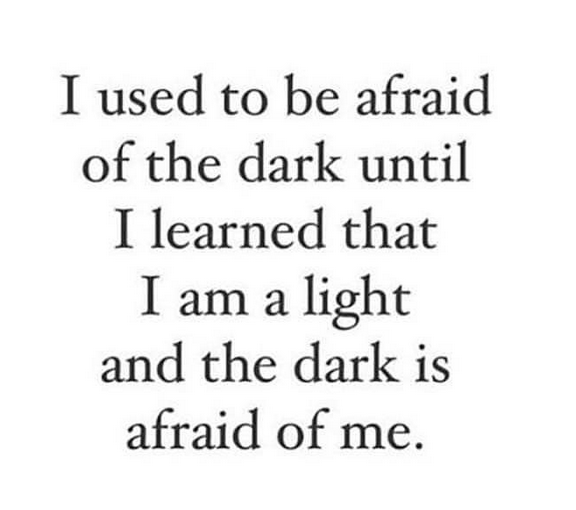 We will all be going through a new moon in two days – yes, right on top of St. Patty’s (if that’s your thing.) While each day is an opportunity to let go of what isn’t serving us (self-deprecating beliefs, irrational ideas, hurtful attitudes, debilitating fears…whatever it may be!), a new moon is perfect timing. You don’t necessarily have to have witchiness in your blood, nor anything special beyond desire and willingness. It’s about delving deeply within ourselves and really “seeing” the whole picture…

Many of us are our own worst enemy. We all have flaws, fears, and insecurities – all of which are very real in our minds. As a human being it is not only expected that we will harbor these feelings…but it is also okay that we do. What matters is what we do with that information, with that honesty, and with our intention.

It’s a small exercise, but profound. And there’s really no better time than the present to recommit to taking care of you. 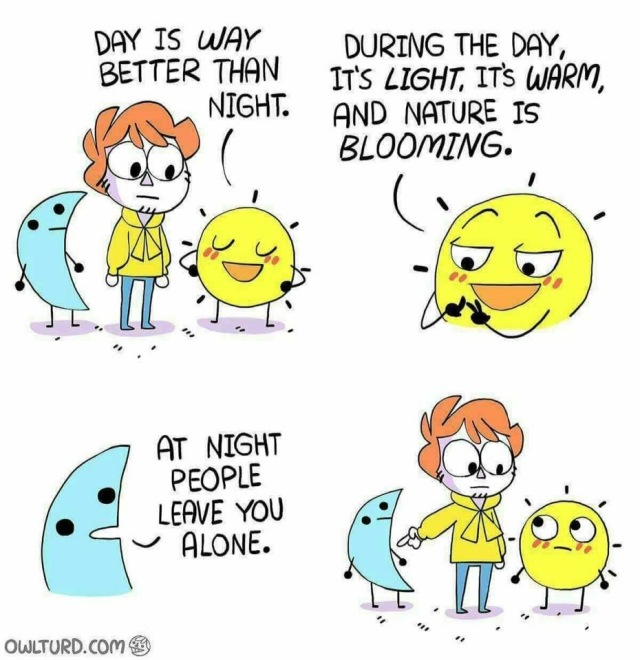 Way back when we had to actually go to the store to shop for Halloween decorations, costumes, and other holiday paraphernalia – in many ways, that’s part of the fun, though, right?

Still, when I AM there in person, I generally want to buy (um…hoard) everything they have.  I suppose online that threat is potentially as dangerous – when all I have to do is click one, two, three, I still have to make sure I haven’t stocked up beyond what I need.  (Let’s be honest, chances are, with Halloween decor, I’ve already tipped the scale towards DON’T need.  But whatever!  For me, it isn’t about the party I’m having…I want this stuff for all year round!)

These days life is more hectic – everyone is “on” 24/7, and actually getting to the store might be tricky.  Even if you do, you may forget something while you’re there (that little part about “being on 24/7” has as much bearing on the brain – and memory! – as your physicality.  And your car’s.)

Yay for eBay for embracing the 31st so fully – I love that it isn’t only about “Christmas Shop”s anymore, but that the ghouls of the bunch (myself very much included) have equal opportunity. *insert pumpkin grinning here*  Thanks, online stores! I know it is more about making money for you but, oh, the convenience factor…and larger selection…for the rest of us! ❤  (I found myself giggling that I already own that full moon night light. 🙂 )

It’s only about three weeks away, Samhain, so if you haven’t gotten your act – costumes, preparations, cat toys! – together, you can reach out to the all might internet to get cracking quickly!

I didn’t care for the acting in Sleepy Hollow – I have to get that out of the way.  But I don’t watch Tim Burton movies for the acting.  His decadently dreary visuals simply light my heart aglow, especially when they lean Autumnal (to my gothic heart, it seems his lenses are so seasonally tinted – perpetually, much to my joy!)

His eerie, throw-back town, cloaked in lowly fog and Samhain-style mise-en-scene is so my speed it’s ridiculous.  The average human being, I daresay, seems to possess such desires as going to the beach, baking beneath a blindingly hot ball of fire. . . They like pop stars and malls and large gatherings of people…  And there I sit – and always HAVE sat – with a heart yearning for the deep.  For the drumming of the earth, the black of the night, the impossibly-incandescent burn of the moon and stars.

I’m scarcely morbid, and find myself often mistaken for a social butterfly.  No.  Nooo.  I’m more like the little black bat flitting around at Dusk.  The Morticia in the corner, carefully contemplating, and reveling in the shadows. While not so evident at this stage in my life, at least I’m not accused of loving pink – ah yes, at least that is obvious enough!

Tim Burton’s quirky characters, singularly macabre and always intriguing, enchanted me from the get-go – Each one more peculiar than the next, and ever placed in spectacularly vampish settings.

I don’t want to live in a City, my feet falling on hard concrete and my gaze stifled by towering man-made constructions.  I don’t need to be in the center of things, encompassed by busy streets and bustling storefronts.  Sure, I enjoy not being completely isolated – it’s nice to have some manner of life around!  But I’d much prefer those ghostly streets, with their spectral, smokey vapor and stormy skies… A  few lit Jack-O-Lanterns would be enough to brighten the mood for me. . .

Wishing the world a beautiful day, filled with as much light as we each can come by. . .

This celebration looks particularly incredible, taken in the polish town of Poznan.

Last Night I was watching the Moon – just before full.  To its right were two glowing stars – Starwalk (an app I adore) confirmed which two I was gazing at so ardently…  Nature is incredible.

My mother and a dear friend of hers are absurdly talented when it comes to flower arranging – it’s almost alarming, really – I feel like the arrangements around the houses are museum-worthy (and I’m not even kidding.)  Of course, the two of them will deny it at all costs, but it’s true!

The creativity, ingenuity and artistry that goes into it flower arranging is astounding…forget knowing all the Latin names, and who needs what kind of soil and / or minerals, necessary water levels, light exposure, pruning etc… Living creatures after all! 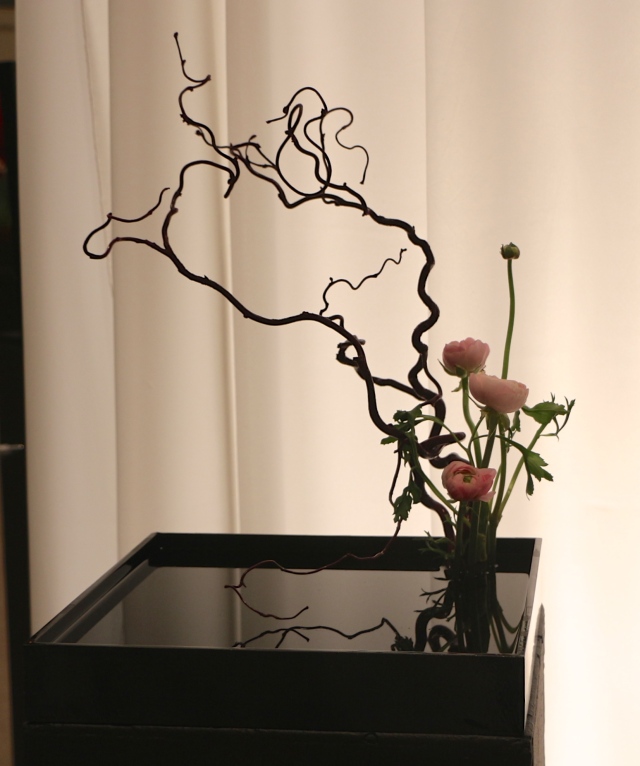 So I guess it’s fair to say that I am in awe in a multitude of arenas… Fashion design, makeup artistry, hair styling…all these things take incredible talent.

In fact, many Fashion designers do take a nod from the natural world… You might recall John Galliano for Dior? 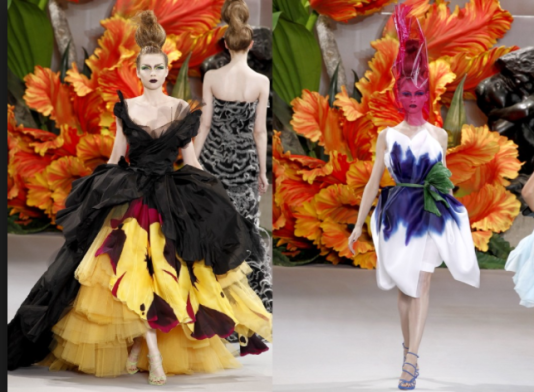 So the two ladies entered a local flower show and took home a prize! ❤ The name of the Show was “Hanami, Celebrating the Transient Beauty of Flowers,” and it was presented by the Green Fingers Garden Club.  How was it?

My mother and her friend entered the “NOH” category – smaller pieces, and really gorgeous, speaking to Classical Japanese musical dramas (performed since the 14th century.)  They presented a stage with four deep purple callas, and a solitary white lily to represent a mask (I think it’s precious.)  I LOVED the idea and think it came out beautifully. 🙂 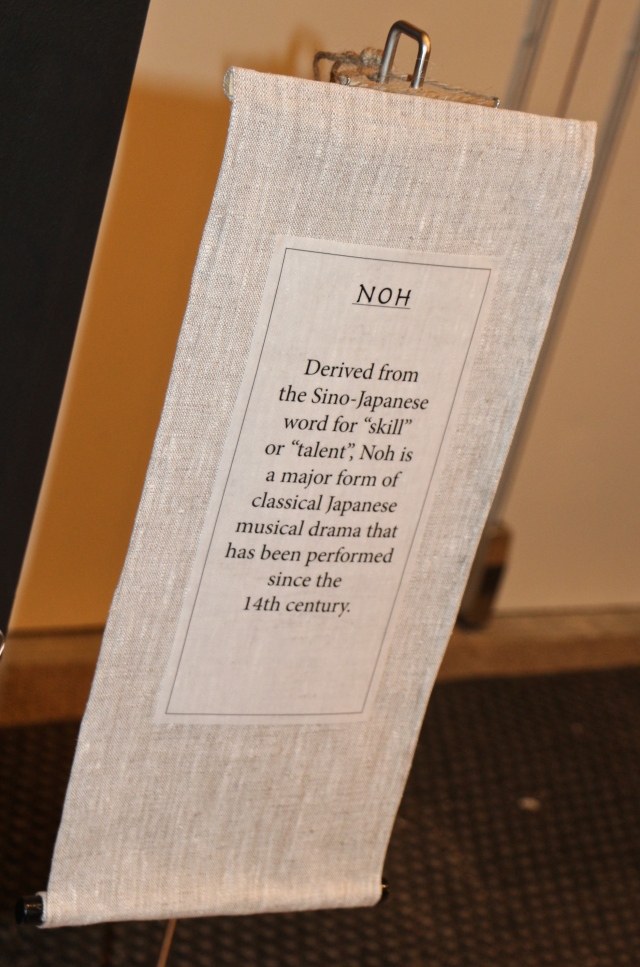 And going back to mother nature and her unending inspiration…the jewelry and wearable category was sublime!  All of the pieces were made with ONLY natural materials – amazing.  I’m not sure the tiny petals and twigs would have survived the Ballroom nails, for my own part… 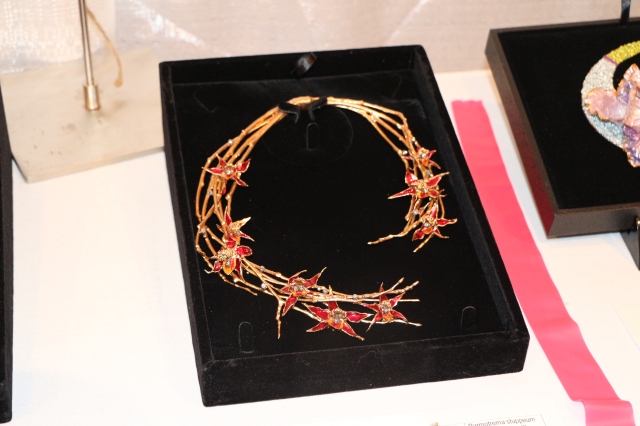 The Samurai category was pretty awesome too – naturally I loved the one with the blades. ❤ And then there were the larger “arrangements,” one of which had showers of flowers raining down, with a beautiful parasol. 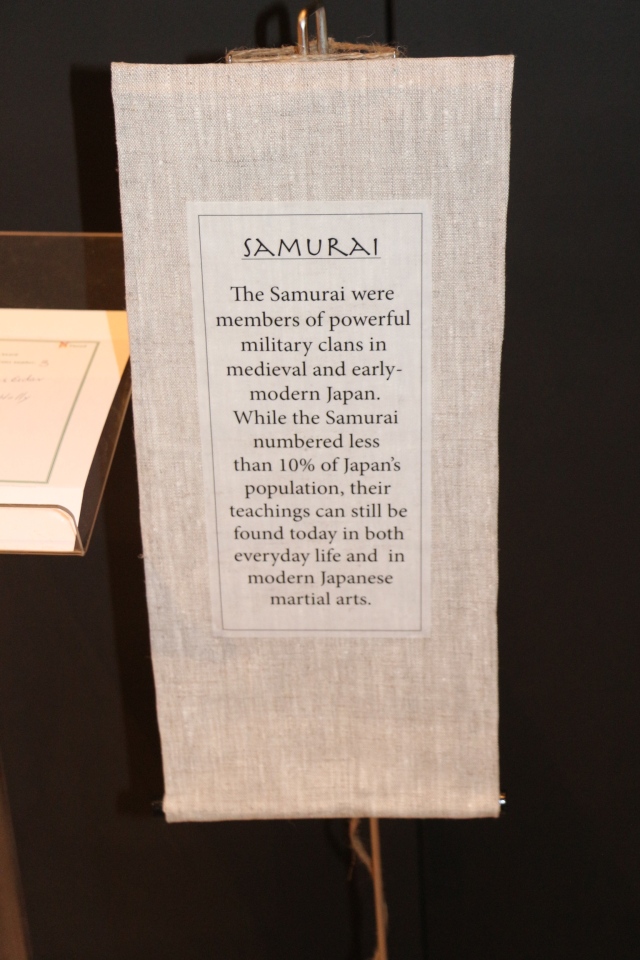 The Moon Gate category was another favorite, not surprisingly.  I loved these orbital nature of these creations – full faces and incredibly artistic. 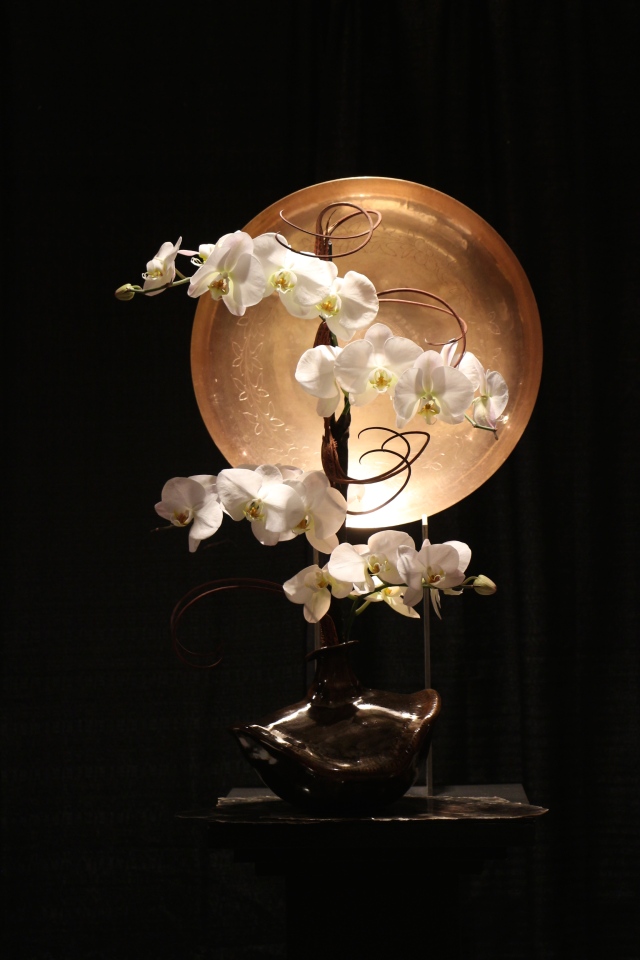 I always love attending these Shows – inspiration all around!  I’m not sure I’d ever have been exposed if not for my mother and her gifted friends, though, so I feel super blessed.

If you’re in Fashion or Jewelry design, don’t forget Momma Nature! Her colors, textures and shapes make her the PERFECT muse!