I very distinctly remember – in my many years of Fashion – when “camo” would come back “in season.”  It was never just about the print, mind you, but the colors themselves – you couldn’t go to a fabric or leather show with seeing a proliferation of khakis, olives, sandy browns…

I follow the Runways (a lot) less these days – at the time, it was a huge chunk of my job! But, when you see posts about cosmetic companies backing a certain hue, you can be sure you will be seeing it in everything from handbags to shoes, to apparel.  So embrace your badassery and get to this borderline-grunge, sooty but sexy shade. It definitely will work for green and hazel eyes, but give is a shot – for a variation on smokey – no matter the color of your eyes. 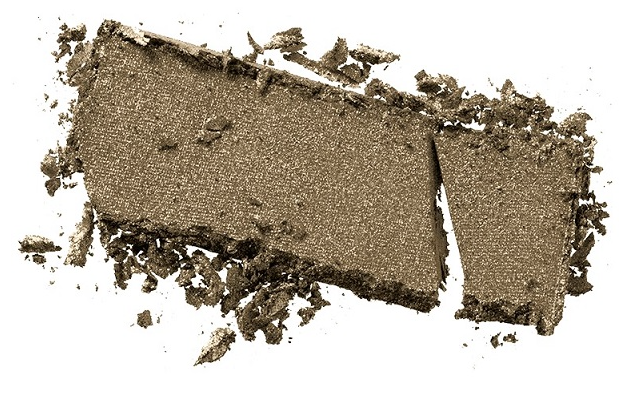 There are LOTS of other products coming out as well from this brand, so be sure to check out Nouveaucheap’s post for pictures and descriptions!  It isn’t JUST about the camo khaki for sure…

I think every time I walk past Ralph Lauren I make a comment about how amazing the designer is… Whether his look is your thing or not, there is no denying how on point he – or more accurately, his “house” – is.  The same has held true over many, many years…and there is, I am certain, some amount of turnover in the Company!

So however he does it, RL manages to make his message absolutely, pristinely clear to the scores of men and women working for the Brand(s) – Seasons come and go, “it looks” change (including his), trends ebb and flow…and yet he never deviates from his vision.  If you dressed up a room of models, you could likely pick out the girls in Ralph Lauren without so much as batting a lash. 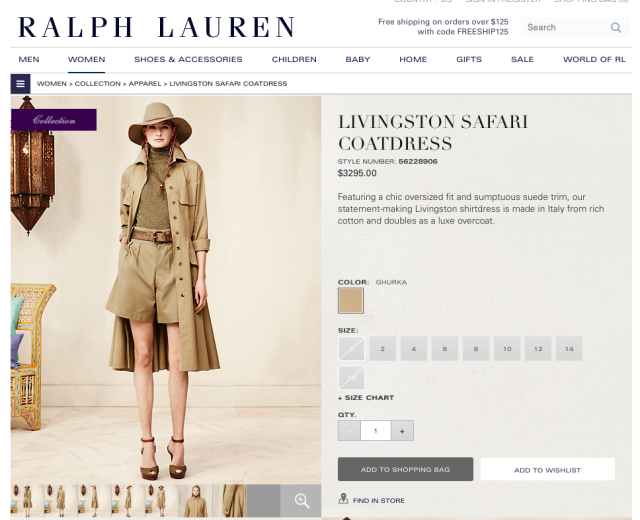 The other thing is…his ensembles are always wearable!  If you said to me that you “Safari Chic” was in…I might cringe, out of fear of a disastrous influx of in-store hunter hats, khaki cutoffs, or military green shenanigans (it’s happened!!!) With Ralph Lauren, the possibilities somehow bloom in spades… From his accessories, to outwear, to separates, and full looks…he nails it.

I passed the store today and *tried* to take photos – the glare on the uber-clean glass made it nigh impossible to get a good shot…so I went to the site, and low and behold…the two visual looks from the windows!

I’m not sure about you, but I think the man made these pairings work…and then some.  As a former ballroom dancer, it’s safe to say that just about NO ONE would say that swarovski rhinestones would “go” with military green cotton canvas but…incredibly...he got it to jive.  Paired with a cropped sleeve, funnel jacket, a pleated, full bottom skirt…and a burnished leather belt…these crystals look outrageously down to Earth.  Whoever manages that is a wizard – no wands out at meetings! 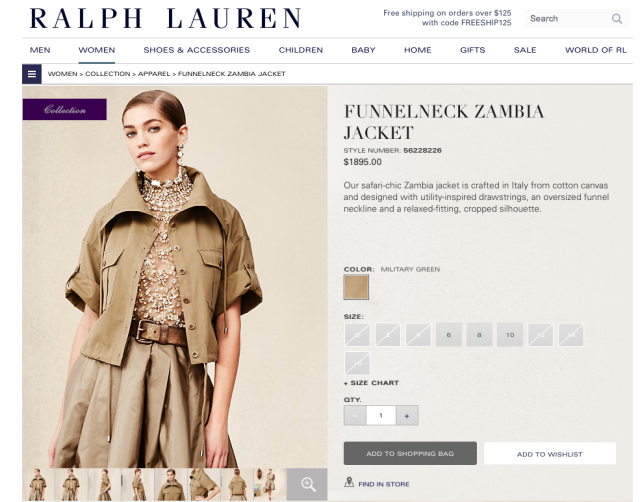