For a long time I believed that respect was earned – its value is simply too high to just hand out, I thought. But over the years I’ve changed my tune. Why suddenly such a shift? Well…it wasn’t really sudden at all…

I grew up believing that doing unto others is the appropriate way to behave – I certainly have my moments of deviation, but they are – by a long shot – the exception and not the rule. I’ve always, therefore, subscribed to the notion that what we give out comes back to us, multifold – Karmic law, Law of Three, whatever you want to call it…I’ve seen it far too many times to have any doubt at all. Add some painful and challenging experiences – and don’t we all have our stories? – my subscription to the idea that “rising above” is the right way to be has multiplied exponentially.

Hate is a good example. I don’t sincerely “hate” anything – in my mind it is a wasted emotion, and it gives far too much power to something I really don’t like (people, places, OR things.) Hate takes as much – or more! – energy than love. . .so if I’m giving that kind of attention to a “dislike,” I’m wasting precious resources, time included!

It took some time to understand that, though. As children we love to say, “UGH! I HATE HOMEWORK!” or “I hate so-and-so!” “Hate” just falls into the two categories of #1, a word, and #2, a negative. Over the years, however, I learned that it was an extreme expression, that it carried too much of a negative vibe to carry around, and that the act of hating in and of itself reflects poorly in my own conduct.

As with hate, respect is something I am putting out – it is part of my conduct and behavior.  It occurred to me, then, that believing that respect was something other people had to earn was a really narrow-minded view. I can go around being a tyrant but that reflects on me only. I could also go around being a sycophant or victim-worthy subservient…but that too reflects on me (not to mention gets me into trouble.)

Treating others with respect doesn’t mean I have to give out free passes or put people on pedestals, let’s be clear. What it means – to me – is that I treat others with decency and kindness.

Now…let me also say… I live in a tough city. Even MY buttons are pushed at times, and that says a lot! But I am constantly checking back in with myself when feeling irrational, upset, frustrated etc… If I can’t be respectful (and in certain moments, I don’t feel I can live up to it) I simply do not engage. Easy as that. The only person accountable for what I put out is me, and if I put out something negative…it’s going to get me into trouble in one way or another.

As my behavior is my own, how other people behave is their business.  In the modern world (and in a tough city), people might argue that others “don’t deserve respect.” Conducting myself in as positive a way as I can doesn’t mean I don’t see the poor behavior of others, that I dismiss it, that I allow it, or that I’m saying “go ahead and continue acting that way.” It just means that I am putting a positive energetic spin on myself.

When dealing with someone I see often, simply rising above allows me to move forward through my day without the burden of taking on his or her attitude, and neither the weight of being a nasty person (which I don’t want to be.)  If, however, it’s someone I’ll likely never see again, I still can move forward knowing that I’ve been upstanding in spite of someone else’s conduct.

Do I do this perfectly? Hell NO!  I’ve learned that I’ve got plenty of limits, and that I’m just as subject to bad moods, grumpiness, and don’t-play-well-with-others as some serious offenders. BUT…I know that, deep down, I don’t want any part of drama or negativity. That fact in and of itself means that I can do a lot to avoid it – namely, work on my on attitude, and approach interactions with respect. How others respond to that is totally on them (and the great news there? TONS of freedom not having to take that on!)

It is always up to us how we want to feel, what we associate with, what we allow… Acting disrespectfully reflects negatively in every possible way, and speaks volumes about one’s character. To show respect even when it doesn’t feel warranted, however, also says rather a ton about a person. I aim to be the latter, if for no other reason than to me it is a noble pursuit energetically, as in terms of self development. I have a ways to go too but you can be sure I try to check myself. Often.

Just say no to drama! 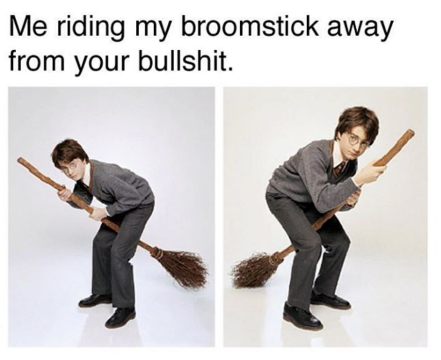 It pays to be an introvert sometimes!

I know a certain somebody who insists that he’s gone skeletal, heaven forbid mom is two seconds past 6 pm with dinner.  His dramatics are – I think, but of course I’m biased – worthy of the New York stage. . .

New from Lancome are the Drama Liqui-Pencil Longwear Eyeliners, pairing “the high intensity color of a liquid liner and the ease of application of a pencil.” 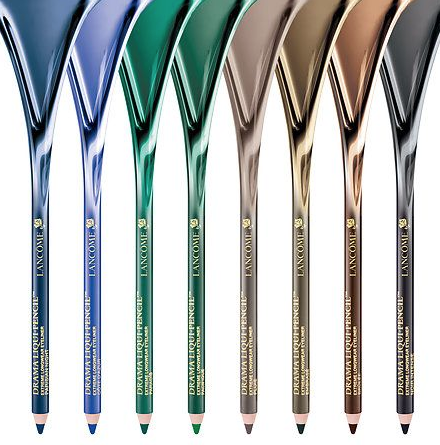 I think it’s fair to say that most of us want the MAXIMUM from all of our products – it’s 2015, people! *lol* I’m not sure it’s just the fast pace of modern Life, or that we are somewhat spoiled with uber-performance from mass market cosmetics just as much as high-end nowadays.  Either way, we really do expect more…and companies have caught on, pushing the limits all the time.

I love anything long-wear myself because I’m just so active – I need things to stay put, feel lightweight, and come off easily at the end of a performance (or just any ol’ day!)  What would work best for me of this group is Brûlée, as it would be most natural and subtle.  I wanted to say the nude shade but what appears to be a skintone is actually Lame, based on the Sephora site (metallic white gold) – I bet this is gorgeous, though!!!

Colors are as follows:

Lancome’s quality has never really faltered for me – while I don’t own a ton of their products, I know my mother (for one) swears by them.  The reviews for this look pretty fabulous so if you need a smoothie pencil, and rich color, check them out! 🙂 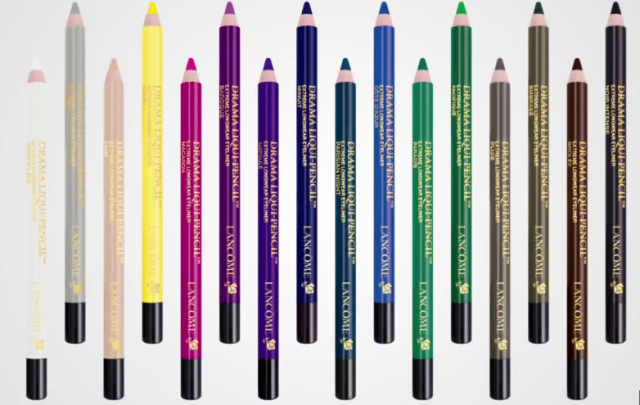 Huh…so falsies AND a pushup!?  She must be a hot little number!

Thanks to hello_vana for spotting this, and to Nouveaucheap for additional comments and images (also hello_vana’s – take a look because she snagged and tried it out!)

The package says that the brush is designed to “scoop and lift” the lashes, which (I agree with nouveaucheap) it does appear to do.  The formula is also “creamy and plumping” that creates and holds lash volume.

I feel like this is sort of a mass version of Benefit Roller Lash?  I haven’t seen it in store as yet, but many of the Fall products are trickling in (Harmon often has things earlier than CVSs and Walgreens and the like – at least around here.)  So, if you are a mascara fan, keep your eyes open for this one!

The trio comes in four different colorways, for $10.99:

It’s listed as “out of stock” currently, but I am sure it will be rolling around soon enough for them to post it (have to generate that demand, right! 😉 )

Each kit contends a pigment powder, a highlighting powder, and a setting wax, along with a dual-ended, angled applicator brush and a spooky for extra shaping.