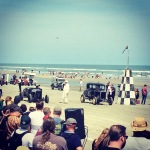 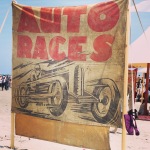 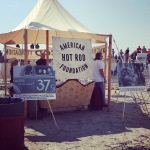 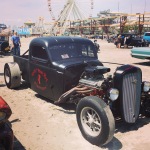 Summer has officially arrived, and with the season comes all sorts of outdoor get togethers and events to attend – have some fun and score some vitamin d while your at it, right?

I’ll get looks (not good ones!) for the admission but…I’m not a huge beach person.  What I mean but that is, I won’t spend the day there doing zero no matter how much fun it is to everyone else.  Slathering myself in oils to lay there and cook like a chicken doesn’t work for me…  But! . . . I do love being outside, being active, and doing something exciting.

This year, I had to good fortune to attend the Race Of Gentlemen in Wildwood, New Jersey, as part of the American Hot Rod Foundation crew.  One of the best parts was that my fiancé came along with me – how awesome to have him be a part of something my family is passionate about, and to have him meet the gang. ❤

“AHRF” began back in 2002 in the hopes of preserving and promoting hot rod history. The founders recognized the dire need to document the pioneers of the hot rod movement, as many of them (at that time) were approaching (if not already in) their 80s and older.  The risk of losing the precious history and first-hand stories was far to great to do nothing about it – and so the Foundation was born.

We have sadly lost many of these pioneers in the last decade, but with over 100,000 photos (most of them also digitized by AHRF), 350 hours of original footage, and countless hours of audio, AHRF hopes to keep them – and their incredible contributions – alive. 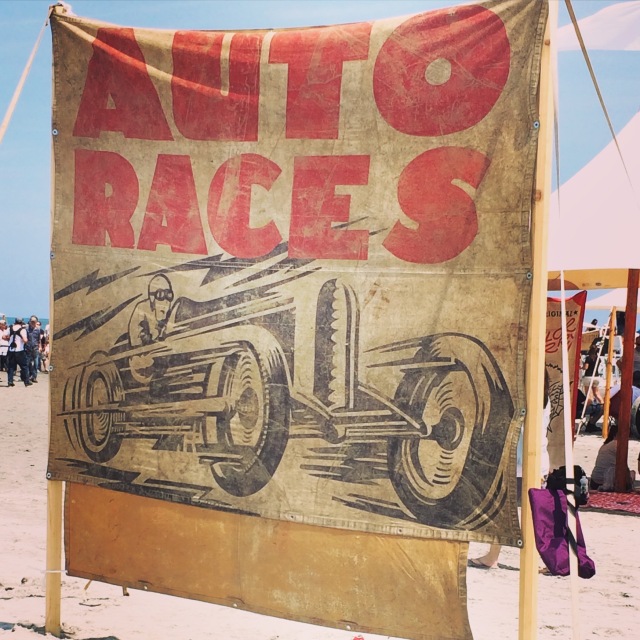 The word “history” may seem dry – I can’t say that I loved most “history” as a student back in the day either.  But then the reality is that many of the kids today – generations removed from the pioneers in some cases – are endeavoring to be exactly what those guys were.  So learning the history gets them that much closer – it explains not only the birth of certain ideas, but the inspirations and innovations that may have led to them via, of course, the words from the men themselves. 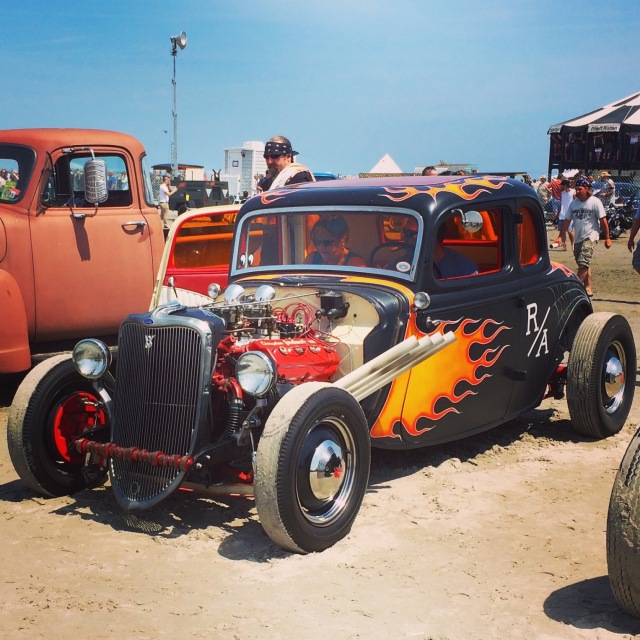 There are TONS of events each year, but we always try to hit the larger ones – Grand National Roadster Show, L.A. Roadster Show, and Hot Rod Reunion, for example.  We love having a presence when we are able – it gives us a nice landing spot to set up, talk to the awesome crowd, and (hopefully) infect a few more with the history of it all!

The Race Of Gentlemen was holding its fifth event in Wildwood this year, so while it definitely has amped up, it isn’t as overwhelming or enormous as others.  The benefit is that you can catch up with the people you are hoping to see, and have enough face to face with those who might have questions.  You can also get much closer to the races than you can at other shindigs (at the Roadster Show, you are often higher up in the stands – here, you were atop a mound of sand in a crowd, but pretty darn close.)

One of the key reasons TROG stands out is that it is run on the beach.  Literally.  The racers gear up and blast down the sand dragway, adding a whole other element to the (incredibly friendly) competition.  Of course, sand isn’t quite as quick and slick, but it’s certainly a lot of fun.

The community is one of the reasons I love hot rod events – super down to earth, interested, enthusiastic…respectful.  How about this trash can at the parking lot party the night before?!  Nary a bottle or can on the ground.  🙂

It’s a great group to be around, and of course there is ALL sorts of amazing eye candy.  The innovations and creativity that go into the vehicles – bikes and autos alike – is something to behold, and always cool to hear about. 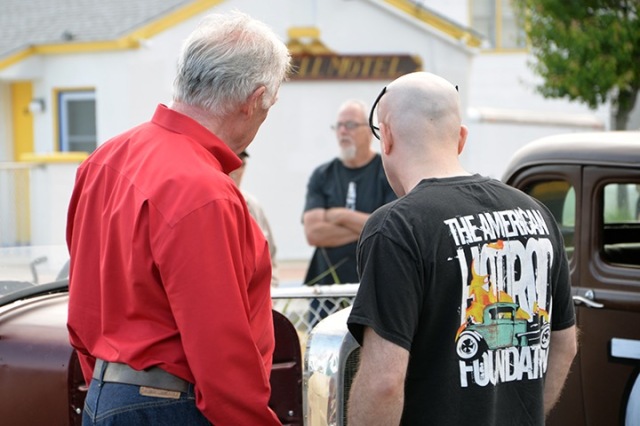 I’m so thankful I had the opportunity to attend, but also to have been introduced to this crowd some years ago by my father.  It’s always a good time, and being outside on a breezy summer day made it especially awesome.  The rain held off the second day too – knowing, I think, that everyone was having so much fun.

I can’t express how important sun protection is – whether you are training outdoors regularly, or someone who just has exposure on a regular basis.  It isn’t just about aging – pesky lines and spots – either!  It is about being preventative with you skincare so as to avoid dangerous conditions as much as possible.

I used to train (figure skating) on an outdoor rink all winter as a child – for YEARS.  I was also a rollerblader who would frequent the beach trails or 10-mile outdoor paths in one go.  We didn’t know as much at the time, and I’d not be surprised if I had forgone my sunscreen back then.  These days, I still need to be better about arms, neck, shoulders, ears (the generally exposed areas when it’s warmer), but I ALWAYS have at least 30 SPF on my face.  Even then, I could reapply more frequently, but I definitely do make an effort.

I recently saw this new Sincere products from Palmer’s Cocoa Butter Formula at Target.  I love their regular Cocoa Butter (the scent reminds me of cookie batter!), so I was excited to see that SPF has been added to these.

I also love sprays because they are much easier to maneuver for the tough-to-reach spots like the back, back of neck, back of shoulders etc.

Whether or not you like THIS brand, or others, it’s worth checking out the sunscreen aisle – yes, ALL times of the year.  Your epidermis will thank you, as will your body down the line.

The American Hot Rod Foundation was in attendance at this years Oilers Car Club Race Of Gentlemen in Wildwood, New Jersey (first time we’ve been!)  I didn’t have an opportunity to be there, but the Founder, Director, and Curator were all present (rather like kids at a candy store!)

The festivities were moved a week out for fear of an impending hurricane…which actually took a sharp right (or left, who remembers!?)  It was a spectacular weekend and everyone had a blast! 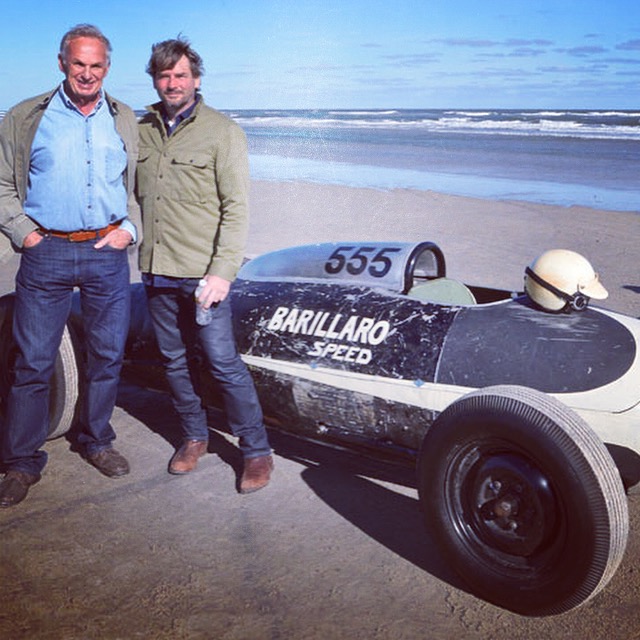 The Race of Gentlemen is:

“A living history even, celebrating America’s Racing & Hot Rodding heritage.  Annually held on the beaches of the Jersey Shore.  Founded by the Oilers, a Car Club / Motorcycle Club established in 1947.” 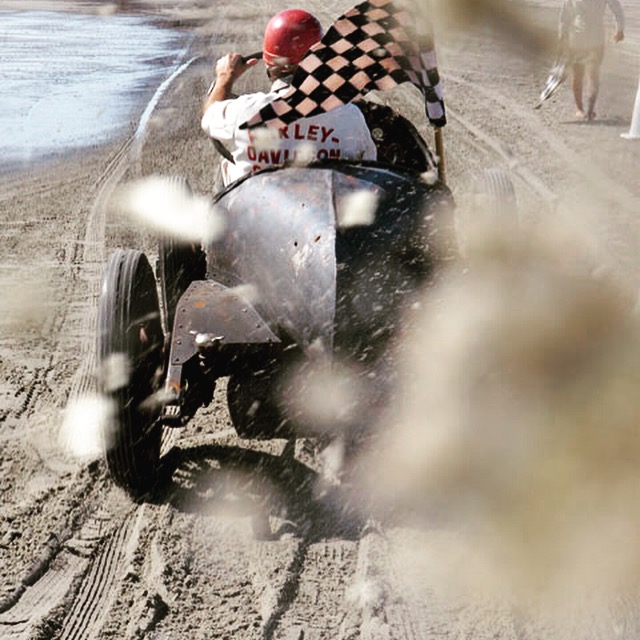 A fabulous time was had by all this year…and by all accounts it has, and continues to grow.

A whole bunch more photos…and a TON of historical ones here. ❤

I planned poorly this morning and ended up in cowboy boots when I NEEDED to be in Chuck Taylors for the gym.  Fortunately I had my Zemgear Ninja Split Toe Low Tabis in my gym bag…I mean, because who DOESN’T!? 😉

We had a rainy day here, but even if it was nice out, I’d not necessarily wear these outdoors (in my outdoors that is – it was pavement, some gravel, and wet grass – recipe for disaster!)  These are actually made for sand sports and beach environments, and feature a “breathable, drainable 4-way stretch upper” (as in, foot-hugging and incredibly comfortable.)

All the tabis have “patented high-frequency tech bands” which allow for the ever-important lateral stability – with one reconstructed knee, and one without an ACL…that’s nice to know!

I can’t stand flip flops – it feels very hypocritical to me too, I know.  But, there’s something extremely comfortable about tabis – they never seem to ride up between my toes and cause discomfort, blisters, or calluses the way flip flops can.  Having worked for a very a well-recognized fashion brand, we were inundated with flip flop sock prints, upper designs, upper materials, sole components, like no other, when Spring designing came about.  They were adorable.  But I couldn’t wear them.  Sad to say, tabis and shorts…or jeans…or anything non-sporty…really isn’t a good look.

NINJAS SHOULD BE “IN!”

I was wearing my dobok pants this morning when I got to the gym, so I had that going for me!  And honestly, I felt like I was running around in my socks…which I love.  I prefer Chucks for lifting because they are so low to the ground, and flat – not the ideal support (and I DO have foot issues from 17 years of dancing, 16 ice skating, and nearly 3 of marital arts!) but I feel the ground better when I lift in Chucks…and so the same applies with my Zems.  I don’t dare hop on a treadmill with tabis or Chucks, though.